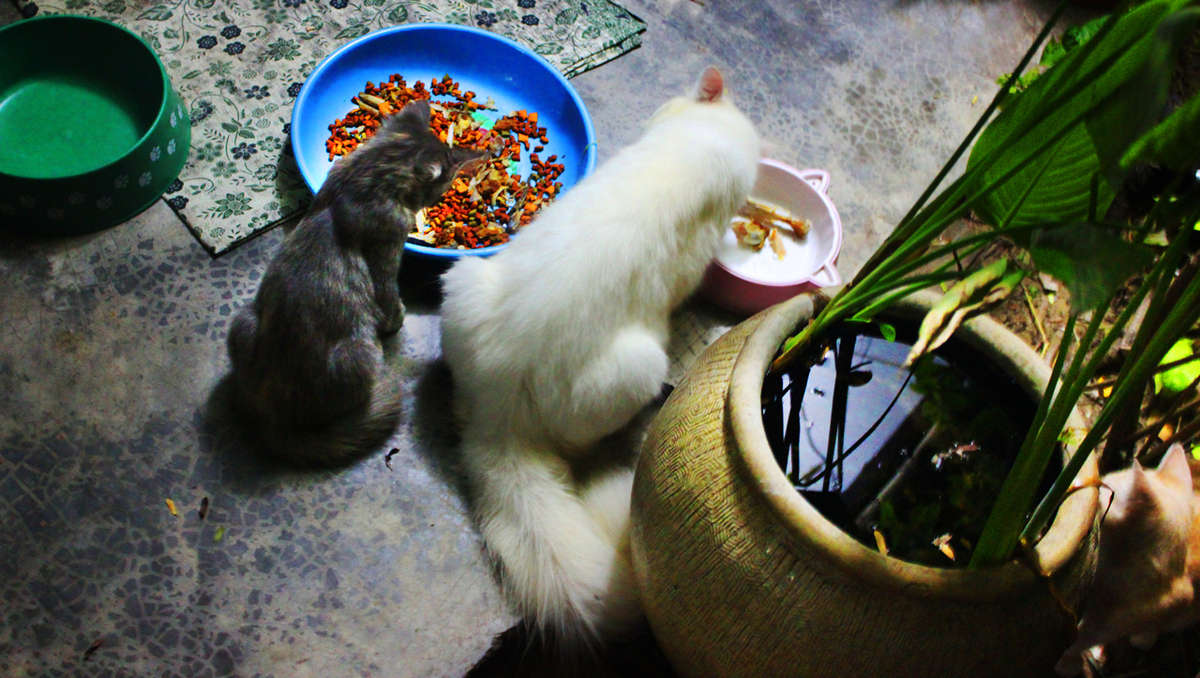 Thai people adore and pet their cars as they believe that a cat keeps the house away from evil spirits. The former country's name is Siam. Many legends are connected with cats in Thailand. They give explanation why Siam cats are blue - eyed and have broken tip of a tail. 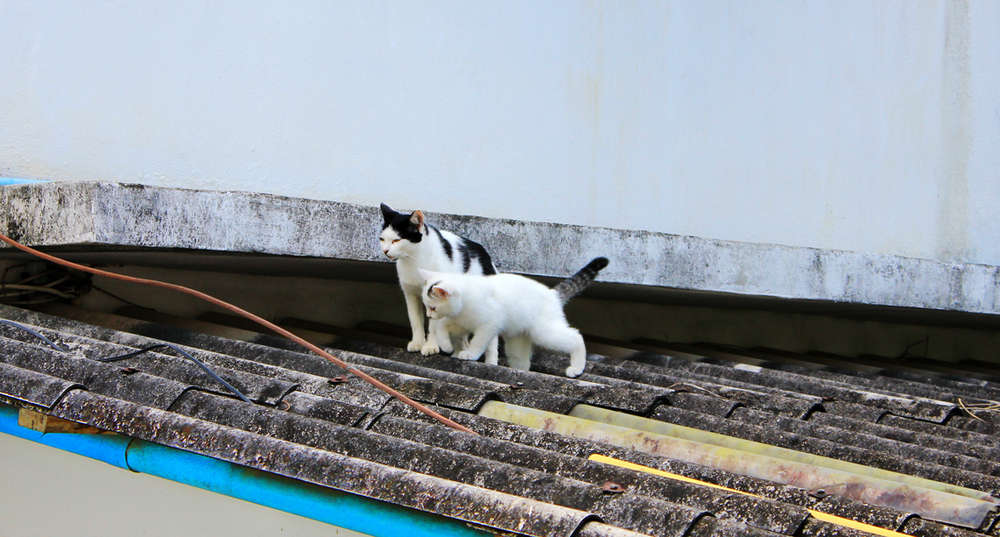 Siam cats used to live at King's Residence till the middle of the last century. At old times Siam cats were necessarily present at the death of one Monarch and coronation of another one as they, according to the legend, were temporary guardians of the souls of dead Kings. If during the coronation the cat kept calm it meant that the spirit of the King gave his blessing to the reign of a new one. As the King and the Royal family are highly respected and loved in Thailand the same attitude goes to cats. 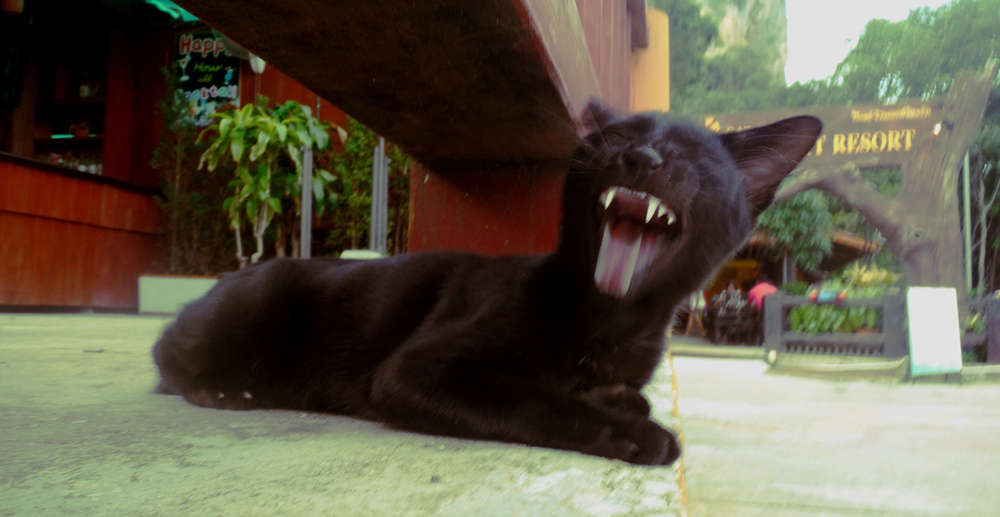 Some people feed cats and keep them in order to protect their homes from snakes. Strange it may seem but Thai cats are capable to catch and kill snakes. Cats are distantly related to Mongoose. They both belong to "Suborder of Feliformia". Thailand is the motherland not only of Siam cats but it is also famous for Oriental cats and recently the breed of Korat has been officially registered. 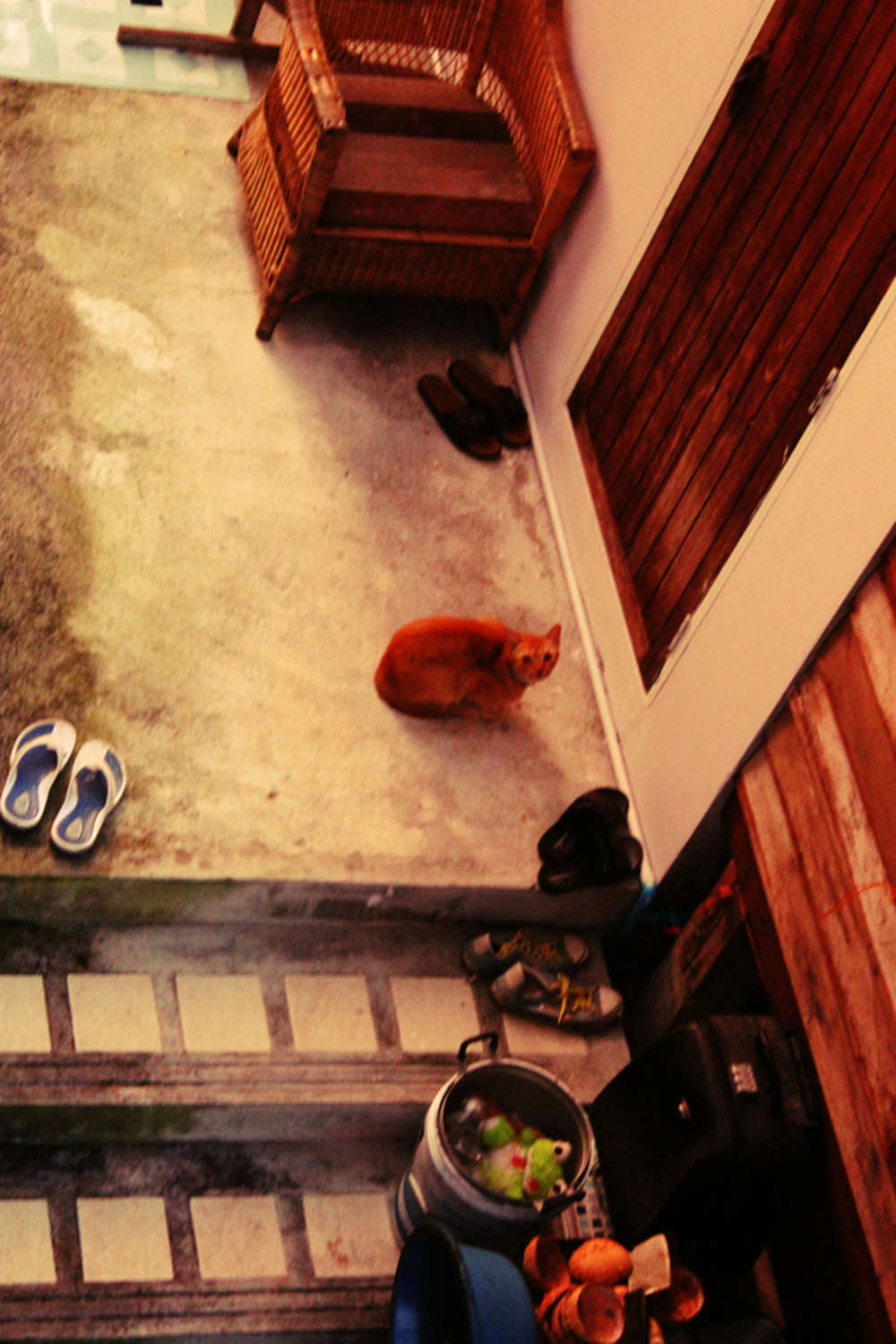 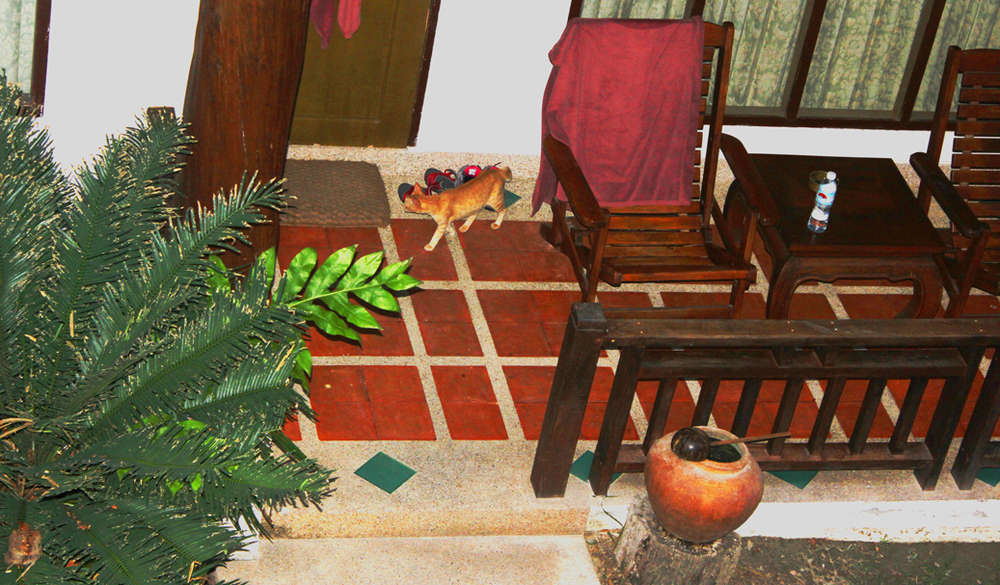 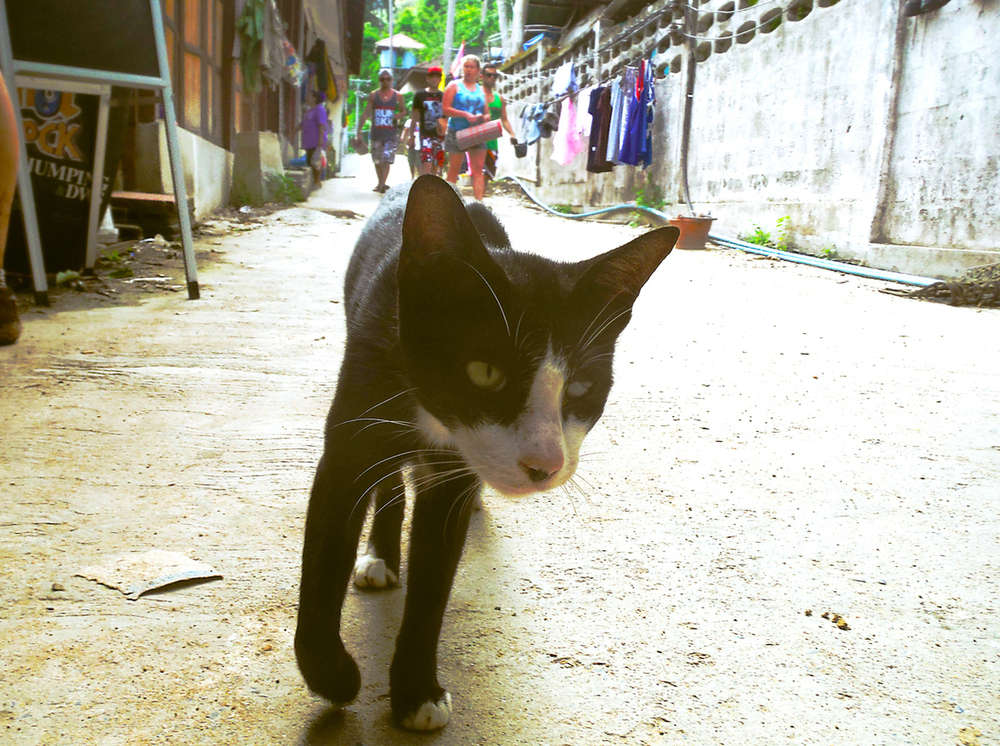 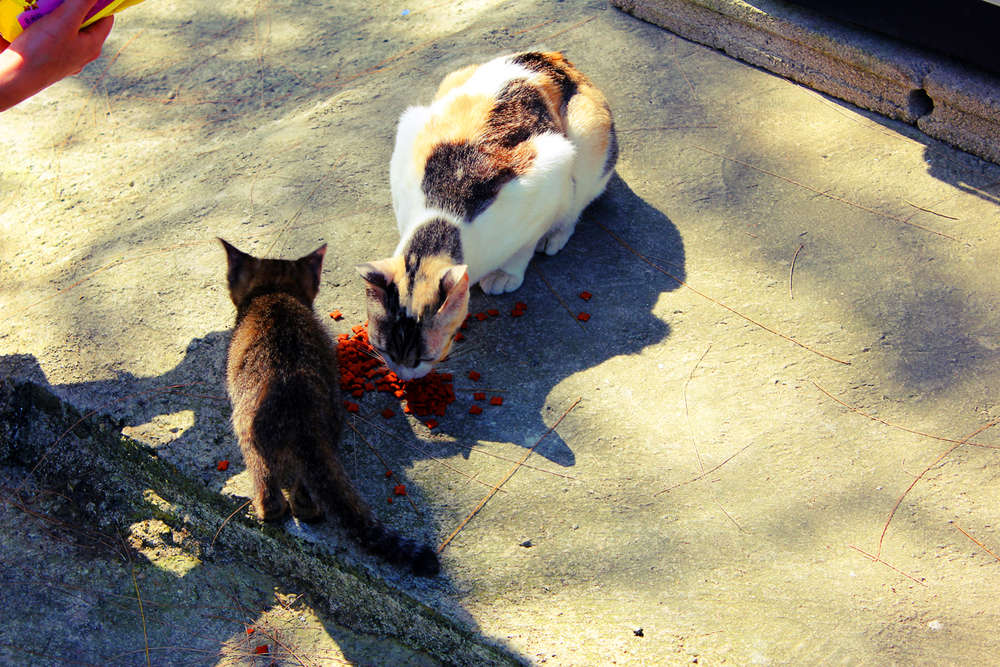 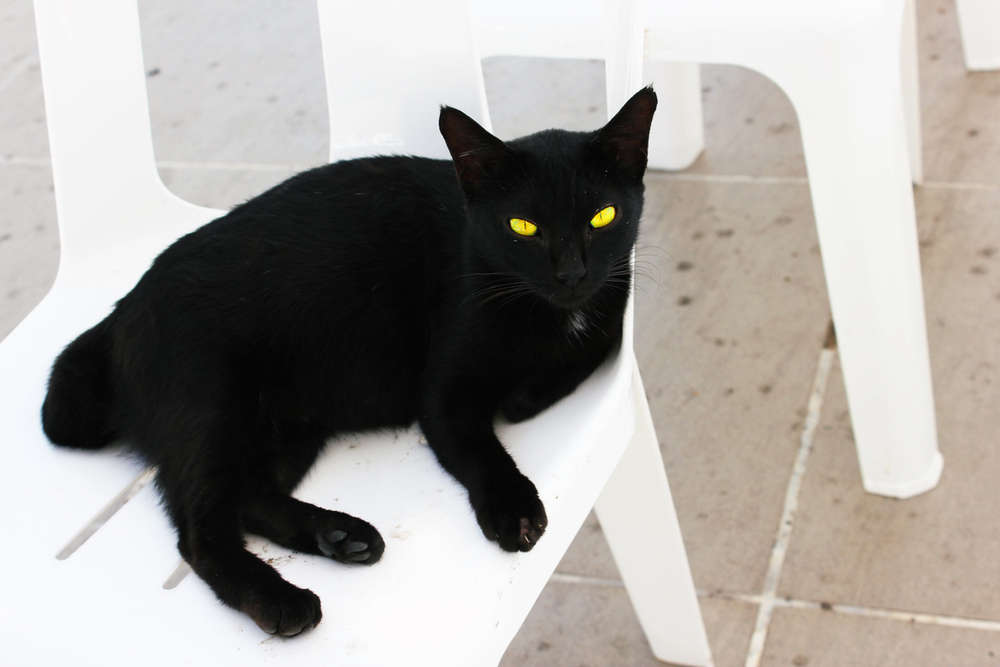 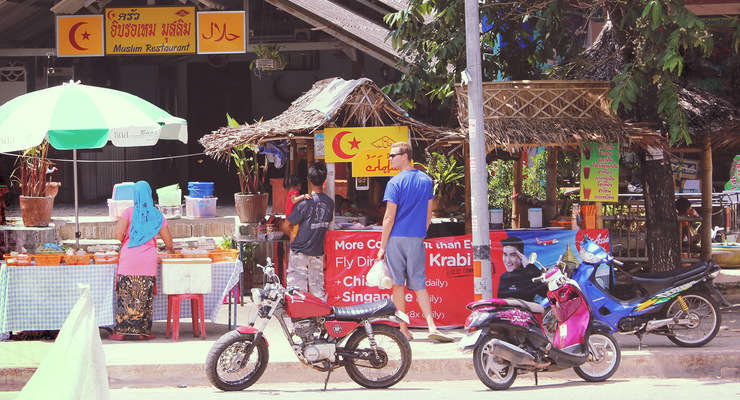 Street food is a true soul of Thailand. You can eat everywhere at any time of a day. It is an eating country, there is always something interesting nearby. Any conversation in Thailand is usually devoted to any subject of food. Everybody is familiar with the wordcombination Thai Cuisine but only those who have visited Thailand... 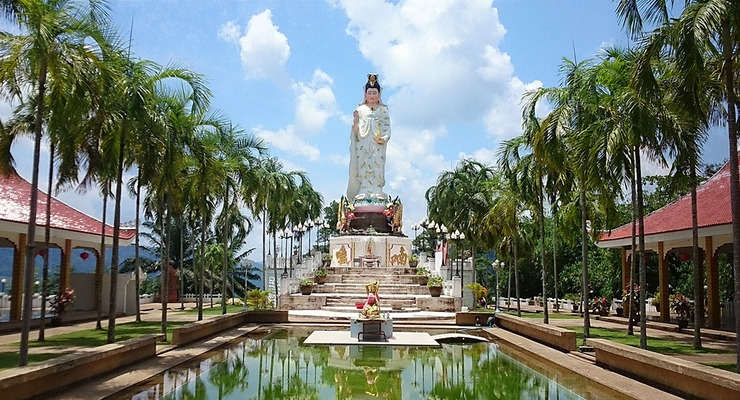 Having seen Krabi Temples during our stay in Ao Nang we decided to broaden our traveling boarders and visit the neighboring province Phang Nga which is almost in 80 km to the South. So to speak, Ao Nang is always seen a bit of a jumping point to other places nearby. What we were interested so much was a picturesque hilltop temple called Wat Bang Riang. 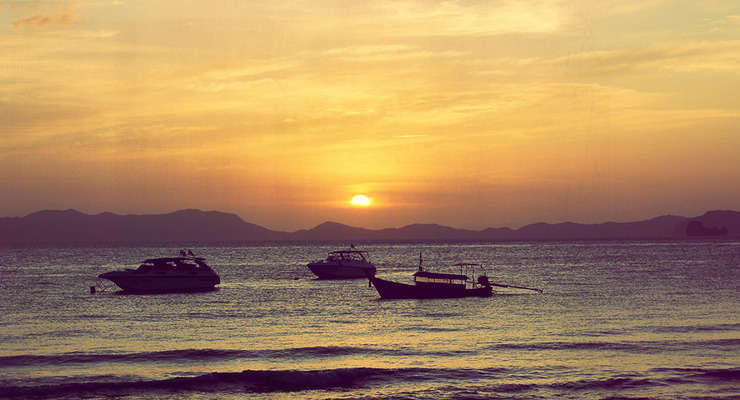 Located in 20 km to the North from Ao Nang, in 7 km from Khlong Muang. It is the farthest beach and the quietest one. The road leading to it ends right after the beach and the National Park begins. As the name Tubkaek is Thai, it spells differently in English:Tubkaek, Tup Kaek, Tubkaak. Even at the road signs you can see different spelling.